Archbishop of Cyprus, Chrysostomos II passed away today at the age of 81 after a long battle with cancer.

Born as Herodotos Dimitriou on April 10, 1941, in Tala, Paphos, he joined the monastery of Ayios Neophytos at age 12, two years after losing his father. In 1963 he was ordained deacon by the Bishop of Trimithounda, Georgios.

In 1968 he enrolled in the Theological School of the University of Athens and graduated in 1972. In the same year, he was elected as the abbot of the Monastery of St. Neophytos.

During Makarios III’s presidency, he supported the Archbishop. He stood by him in the events of a 1972–1973 ecclesiastical coup, when Bishop Gennadios of Paphos, Bishop Anthemos of Kition and Bishop Kyprianos of Kyrenia tabled a motion proposing that Makarios resign the Presidency, arguing that the holding of secular office by a cleric was against the canons of the Church.

In 1978, Chrysostomos II was elected Bishop of Paphos.

After his predecessor Archbishop Chrysostomos, I was removed from office due to illness, Chrysostomos II won the Archiepiscopal elections in a surprise outcome, as he was considered an outsider for the position. In October 2006 he became the new Archbishop of Cyprus as Chrysostomos II.

In 2020, the Holy Synod of 17 bishops split in half over a decision by Archbishop Chrysostomos II to extend blessings to the leader of the newly proclaimed Ukrainian Orthodox Church, Epiphanius I, hence recognizing, in effect, the Ukrainian Church’s independence from the Russian Church. 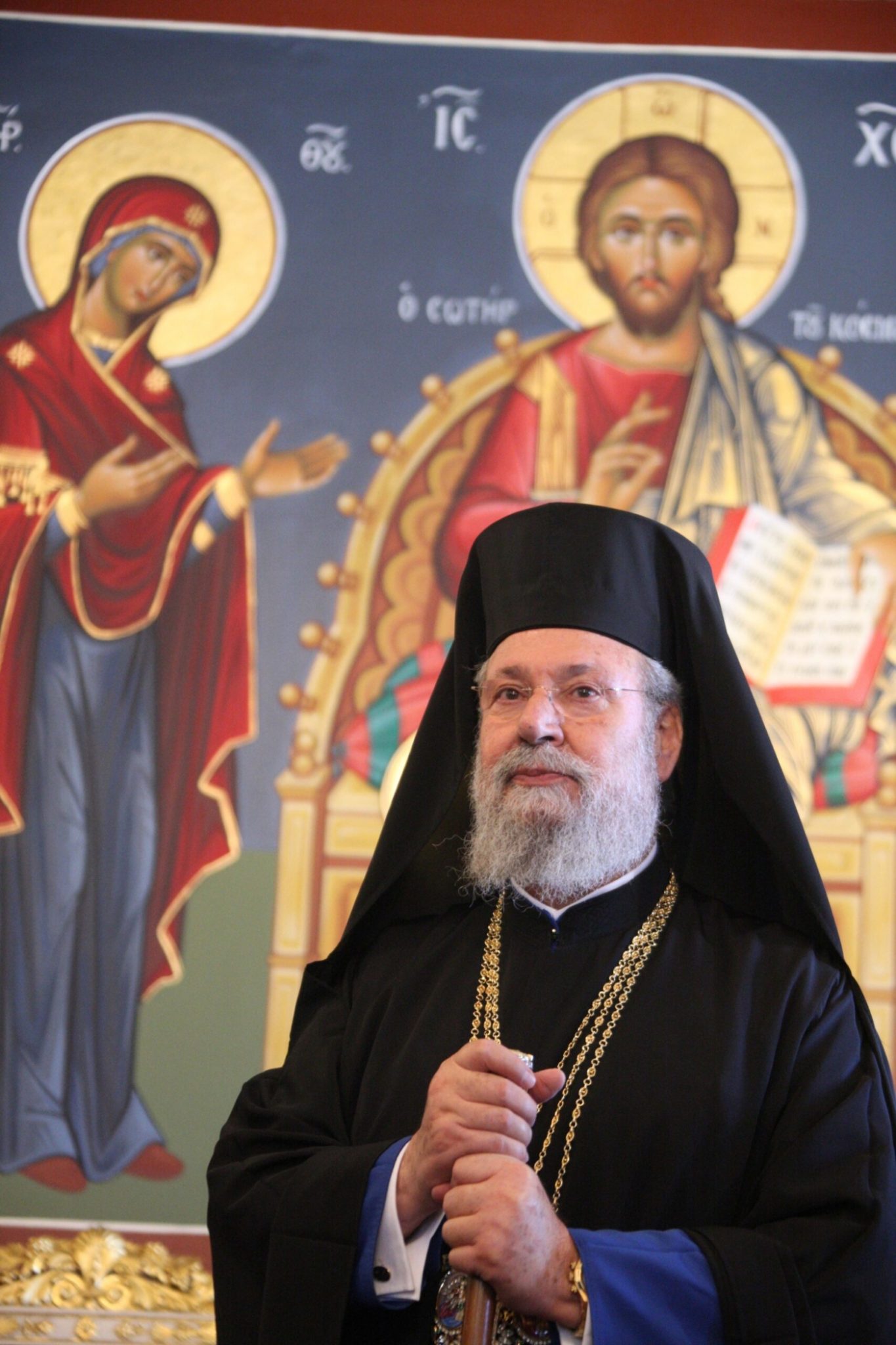