We are releasing a certain text which a pilgrim from Greece, a young theologian, sent to us and shared on his Facebook profile, after his recent visit to our Monastery. In this text he reveals his impressions from his stay at the Monastery Почитувани читатели, sharing with us this beautiful picture he painted with his words. So the following text is a kind of testimony of the ignorance we often live in – so close as neighbors and cultures, and so far as brothers in Christ – because we don’t know each other well enough. The love between the nations is born from getting to know the other, the friendship and communication.

We would like to thank Photios, already our friend and brother, for his kind words.
The Brotherhood

In the Holy Monastery of the Forerunner – Bigorski, near the town of Debar in the Former Yugoslavian Republic of Macedonia, with God’s help soon to be named North Macedonia, the Orthodoxy and the Orthodox monasticism are revived! I have been reading a lot about the centuries- long history of the Monastery, its glorious past, the very hard period of communism, its desolation, but also about the new fraternity which managed to revive the Monastery.

Still, no matter how much you have read and heard about it, nothing can be compared with the experience you get when you visit the Monastery. Therefore, I’m grateful to God’s providence for giving me the chance to visit it. We have passed the border at the border pass Niki, a few kilometers from Florina and headed towards the town of Debar, in the proximity of which the Monastery is situated. The road is wonderful, the surroundings green and rich with lakes, forests and rivers, as you pass the greatest national resort center in the country – Mavrovo.  After the several hours long trip, late in the evening we reached our destination. A monumental Monastery stood before us. Entering inside, we came across the Elder of the Monastery, Fr. Parthenius, who welcomed us warmly with his immaculate Greek. When we venerated the impressive church dedicated to the Holy Forerunner of our Lord, we were invited to the great Reception Hall, to have a cup of tea with the Elder and get to know each other. The conversation was interesting, started with the political issues that have been burdening our countries for decades and ended with the brotherly love that we, Orthodox Christians should cherish among us.

We stayed in the Monastery for several days which gave us the time to get the real impression of it. Truly, the Monastery revealed to us the most beautiful side of Orthodoxy and its lost ecumenical and catholical character… Still, it can be found there… There nobody envisions the person according to his nationality, they are all very pleasant and willing to get to know you, to talk to you, to open up and let you “get” something from them, but also “get” something from you. Such was the brotherly atmosphere we were excepted in. Soon we concluded that in atmosphere like this nobody looses, but everybody wins.  And we became aware of the magnitude of the deed of this brotherhood in the country. A deed which can be defined as God-pleasing, thanks to the Elder Parthenius. Under his guidance a true missionary and educational work is done, which has truly resurrected the Church.

This brotherhood is a tremendous example to be followed. Who could have imagined that a handful of monks would bring “spring”, in a country where the dark and cold “winter” ruled for years? But the grace of God is there and bestows His blessing… For the Holy Spirit “goes and stays” wherever He wants.

We left, filled with praising thoughts, which moved me to put these thoughts in words. And if there’s anyone doubting, I challenge him to visit the Monastery and convince himself, or, why not, prove me wrong. 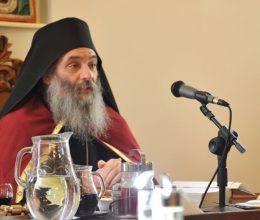 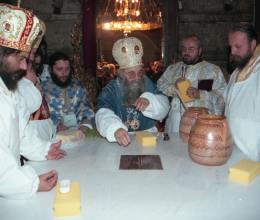 A reminiscence: 20 years since the re-consecration of the Bigorski Church 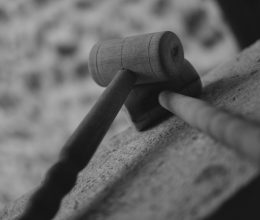 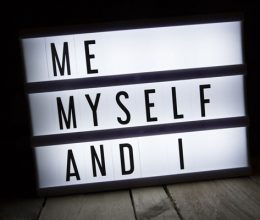 We have only one enemy – ourselves 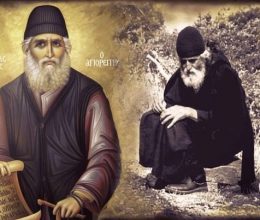