MIA: Until now, MOC-OA hasn’t given any public statement regarding the vaccine. We have heard statements of certain Bishops from other Local Churches, who approve of it, but there are also those who oppose it. Even the Ecumenical Patriarch Bartholomew said publicly that he would take the vaccine. What is the advice of our Church for the faithful and what is your personal opinion on this? (Are you taking the vaccine?)

Bishop Parthenius: I think that as a Church, we should address this issue with reasonability and pastoral care for our neighbours, not with a radical and fanatical view. Above all, the domain of the vaccine belongs not to the Church, but rather to the scientific and medical institutions and workers, who are involved in the investigations, testing and deriving of scientific proof for their usefulness or harmful effects. It’s quite unnecessary to turn the vaccine issue into some kind of “theological dogma”. The problem is purely scientific, and we as a Church and community of faithful have always encouraged and developed the positive scientific discoveries and incorporated them in its everyday life. Besides, we should also have in mind that most important of all is the catholicity of the Church and the common synodal decisions and attitudes, and not individual opinions of certain Bishops, priests and spiritual fathers who might be impeccable in their spiritual work but are not medical experts. Furthermore, one cannot but notice the manipulation with good and renown spiritual fathers who, due to the insufficient knowledge of this topic and misled by some pseudo-zealot groups, give their public opinion, condemning the medical revelations and favouring the conspiracy theories. Still, we should not forget the benefits from the medical profession, to which the entire human society owns gratitude for the salvation from very hard and horrible ordeals. Medical science is the kind of knowledge that also springs from the Divine grace and enlightenment. Thus, for example, the founder of the vaccines, who has saved numerous lives with the scientific discoveries of the vaccines against anthrax and rabies, Mr Louis Pasteur, was a deeply religious Christian. Even today, many doctors and scientists, both in our country and abroad are dedicated and good Christians, inseparable part of the Church which includes members of all the professions and scientific fields, different social strata, who are conscious and would never allow anything bad to happen to their neighbours. But unfortunately, sometimes, within the Church, we see some clerics and faithful who have a fanatic way of seeing things mostly out of their domain, and some of them even express public satisfaction for someone’s suffering – which certainly has nothing to do with Christ’s teaching. For some, the demonstration of their faith seems to be the condemning of others, instead of the deeds of virtue and restrain. Therefore, I will repeat that most important is the catholicity and the respect of the catholical character of the Church. The community is the criteria for the correctness of things. As far as I am concerned, if the doctors find it necessary and safe for me to take the vaccine, I will do that.

MIA: MOC-OA is still in anticipation for good news from Constantinople regarding the recognition of its autocephaly. A certain period, the public hasn’t had any information about the progress of the dialogue with the Ecumenical Patriarchate. Is there some kind of delay or things are progressing well according to the established ecclesiastical order?

Bishop Parthenius: The solving of such complex processes takes time. Certainly, the global situation with the pandemic also affected this process, just like it influenced many other things in the world. We sincerely hope and believe that this situation will not slow down the process of recognition and that soon the blessed time would come when the several decades-long injustice towards our Orthodox people would finally be corrected.

MIA: The Serbian and the Russian Church do not approve the act of asking for autocephaly from Phanar. They insist that the issue should be solved in a dialogue with the SOC, but so far it didn’t bring any result. Is there a dialogue going on between our and the Serbian Church regarding this issue or all our hopes have been addressed towards Constantinople?

Bishop Parthenius: We must note that, as far as I know, the efforts for dialogue with SOC on our part have never been interrupted. On the contrary, whenever our Bishops insisted on dialogue, they were always faced with silence and disregard by the opposite side. Furthermore, whenever there was any contact established with the Serbian Bishops, they never failed to stress rightly that the Ecumenical Patriarchate has the final word in granting the Tomos for autocephaly. However, now that the time has come for our issue to be solved, suddenly, the Serbian Hierarchs stopped considering the Ecumenical Patriarchate as the Primate Church and don’t recognize its canonical right to arbitrate in disputes within the Orthodox Oecumene. Isn’t it absurd: when the Patriarchate gave the Tomos to the Serbian Church, it had the right, but now it doesn’t have it anymore?

Bishop Parthenius: I sincerely hope that, if not all, then at least the majority of Local Orthodox Churches would regain the sense of catholicity, which is so essential for the life of the Orthodox Christians, but to my regret, it’s evidently missing. And there can be no catholicity without leadership. Therefore, even the canonical hierarchy of the One, Holy, Apostolic and Catholical Church is such – that all Local Ecclesiastic Hierarchies should be united around the Primate Mother Church in Constantinople, due to its historical and canonical rights and council decisions. However, the lust for power and authority and the desire for dominance have caused great damage and still create many temptations, repelling people, especially the young population, from their Orthodox faith. You see, young people are fed up with the narrow-minded policy of the Church which is based on anything but spirituality. Still, in the end, we should not forget that the Holy Spirit, being the real leader of the Church, will have the final word and I believe that things will fall in their rightful place. 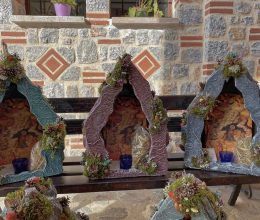 Nativity Caves for every Christian home 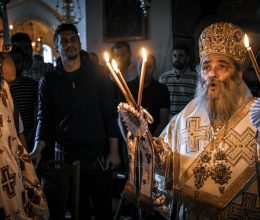 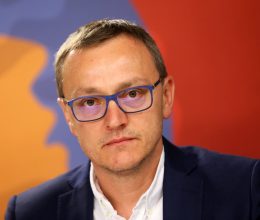