The prerogative of the Ecumenical Patriarch is to grant autocephaly to the Church he finds suitable for it, stressed the former Foreign Affairs Deputy Minister of the Republic of Greece, Mr. Janis Amanatidis, in his statement for the “Sto kokkino” radio.

“No one can dispute the canonical right of the Ecumenical Patriarchate regarding these issues. We as a country follow closely these topics, which could result with consequences, but we cannot interfere, nor would like to do that”, said Mr. Amanatidis explicitly.

The former Deputy Minister also explained that the conflict between Fanar and Moscow is not a schism, because it doesn’t concern the dogmatic, but rather the jurisdictional differences. Mr. Janis was very specific: “The word “schism” is quite exaggerated; what we are talking about her is more like a crevice, because the Ecumenical Patriarchate hasn’t made any move against the Moscow Patriarchy, the act is one-sided”.

Finally, he concluded that “these issues have been present in the Church for centuries and decades, and not just in the past years… So this specific issue goes a long way back to the year 1686, when the Patriarch of Moscow was conveyed the right to ordain the Metropolitans of Kiev, who on their part should mention the name of the Ecumenical Patriarch”. 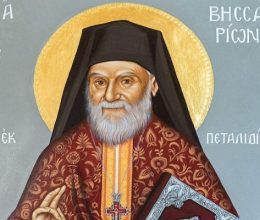