The petition is an initiative of the social activist and journalist Sergei Chapnin, a former chief editor of the so called “Moscow Patriarchy journal”. The petition has also been signed by some other renowned laymen: the historian Andrew Zubov, the translator Larisa Volohonska – Pivir etc.

In the petition it is said that the faithful felt “alarmed and confused” upon hearing the news about the breach of mentioning the name of the Ecumenical Patriarch during the Holy Liturgy, but felt even more bittered about the decision to cease the Eucharistic communion.

“We have carefully read the lengthy explanation for such decision, but to us this is insufficiently justified. Again we have failed to see the Evangelical motives in these actions. Please don’t turn the clergy and the laymen into a trading stock to be used in your political disputes with the Patriarch Bartholomew”, is stated in the petition

The petition authors regret that the Synod doesn’t follow the Evangelical commandment for love towards the enemies. “Every Christian should strive to fulfil this commandment, regardless of his rank and title. We understand that this is not at all easy to achieve, but to go against this commandment and publicly declare this (decision) seems like a departure from the very basics of our faith” – is the opinion of those faithful who have signed the petition.

The authors believe that the decisions of the Ecumenical Patriarch are not directed against the Russian Orthodox Church and insist that the Church is independent of the state, and in accordance with the Orthodox tradition, primarily Ukraine, can ask for an autocephalous status. The signed below appeal to the Patriarch Cyril not to “make the great and salvational Mystery of the Eucharist an instrument of ecclesiastical-political struggle”.

The text also talks about the fact that the real reason for Ukraine’s alienation from Russia (and this also affects the ecclesiastical conflict) is the war in Donbas: “The real reason for the intensified alienation of Ukraine from Russia is the incessant war in Donbas, which is carried out with the military and financial help of Russia. For the Orthodox Church this war is terrible and duplicitous, because Orthodox kill Orthodox. Had our Church done everything it could to stop this war? Woe to us, no!” – continues the text.

According to the author Sergei Chapnin this is a point of view that a lot of lay people share – first the intellectuals, but also many of those who hesitate and don’t know what to do and how to react in this new situation of extreme confrontation between the two Patriarchs. According to the words of Chapnin the breach of the Eucharistic communion would directly affect those Russian faithful who live abroad or often travel and are used to attending services in the Ecumenical Patriarchate churches. He said that even those who rarely visit these churches are worried about the authentic unity of the Orthodox Church. Exactly this joined prayer is an opportunity to demonstrate the mentioned unity, and now the Holy Synod of ROC deprives the faithful of the chance to take part in these prayers.

Chapnin doesn’t even consider the possibility that any priest would sign the petition, since they are now under the ideological pressure of the Moscow Patriarchy, which doesn’t want its clergy to favor views opposite to the official position of the ecclesiastical leadership. But in their individual conversations many clerics share this point of view. He has no doubt that this appeal would be noticed, but wouldn’t go that far as to contemplate whether this petition would affect the further action of the Moscow Patriarchy.

“The Moscow Patriarch doesn’t have the habit of reconsidering his decisions. But for us it’s important to be heard, to let people know that there are individuals who disagree with the position of the Holy Synod”, says Chapnin. According to his words, as a result of the decision of the Synod, there could be a “rebellious reaction by the people, because they continue attending and taking communion in the Ecumenical Patriarchate churches, since the Patriarchate on its part hasn’t published any prohibitions regarding the ROC faithful”.

We would create our own Third Rome 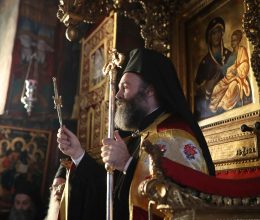 A slightly different approach to the Ukrainian issue 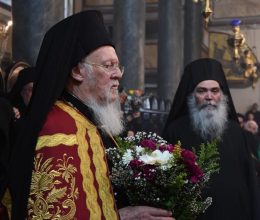 “By denying the Ecumenical Patriarchate, you deny the source of your existence” 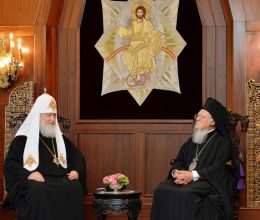 Bartholomew to Cyril: “The autocephaly for Ukraine has already been decided upon” 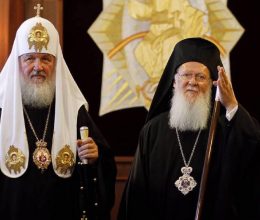 The Ecumenical Patriarch to the Patriarch of Moscow: “We would solve all the existing problems with a dialogue“