Sorcery and witchcraft mean invoking demonic powers to help man instead of calling upon God. The aim is to fulfill certain human desires (passions). Sorcery has been practiced as much by the Hebrew people during the time of the Old Testament, as it has been by Christians of the Testament of Grace (New Testament), right down to our own times. During the Old Testament even king Saul appealed to sorcerers including Barlaam as well as even the three Magi who practiced astrology.”

According to the teachings of Saint Nicodemos the Hagiorite, sorcery, or witchcraft, is divided into three categories.

Actual witchcraft means calling upon the devils to reveal certain hidden things to men, to find things that have been lost, etc. Fortune telling is a second form of sorcery; this involves certain people telling the future through things like palm reading, coffee grounds, cards, and other objects. Séances and spiritism involve calling the devils into obscure rooms or tombs with the intent to punish those who are alive. Those who practice séances will tell you that they are calling the souls of the dead in Hades, much like the sorcerers during the time of the Prophet Samuel, in order to learn about the future or to seek revenge on another. Even in our own days those who pretend to be sorcerers practice this sort of thing among some of the faithful in ways such as extinguishing charcoal, combining certain words of prayer, especially for the sick.

Other forms of fortune telling involve examining the entrails of dead animals, interpreting dreams, using the zodiac, determining what are ‘good’ and ‘bad’ times of the day, interpreting physical movements or ailments such as ringing in the ears, twitching eyes, itching palms. Another form of sorcery involves carrying in one’s hands or bosom demonic amulets that had been used in devil worship. Demon worshipers are those who foretell the future through summoning devils. They do this in a multitude of ways including burning fires in front of a house and jumping through the fire.

Astrology is a form of sorcery that has been practiced from ancient times up to today. This entails guessing the future through the movements of the stars, planets, even the winds and clouds and other natural phenomena of the universe. Astrologists insist that every man has his own star.

These are just a few of the most common forms of sorcery; some have been almost completely abandoned, others are practiced right now in our own times, and we must fight against these practices and flee from them because they are demonic tricks that deceive and ensnare many Christians to perdition.

Be assured that the devils have absolutely no power to heal someone, nor discover plots against someone. They can never perform true miracles, but they use their false illusions to deceive those who are outside the faith or who are weak in faith.Our godly Father, John Chrysostom, shows us the truth of this saying, ‘Don’t you see how the devils could not heal the boils and sores of the sorcerers and witches that served them during the time of Moses in Egypt? How do you think they will heal you? If the demons have no mercy on your soul, why should they be sorry for the pains that afflict your body? If the demons strive to banish you from the Kingdom of God, then why should they deliver you from sickness? This is nothing but a joke and a fairy tale. Therefore, don’t be fooled, Christians, for the wolf never becomes a sheep, nor does the devil become a doctor.Fire will more readily freeze, and snow will become warm before the devil will truly heal you.'” 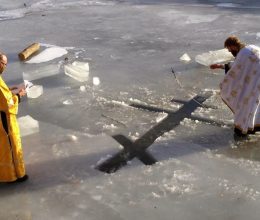 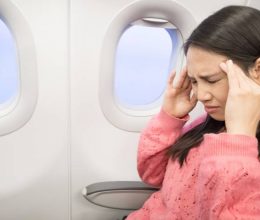 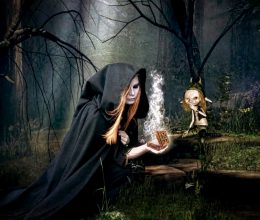 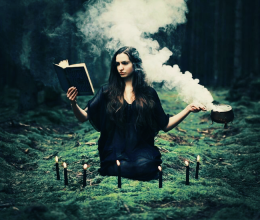