On 25th and 26th October this year, in the Congress Hall of the Cyril and Methodius University, near the mysterious waters of the so called White Lake in Ohrid, the first national conference in Byzantine and Medieval studies took place, under the title “The kingdom of Samuel – 1000 years later (1018-2018). This high level conference was organized by the Byzantine and Medieval studies Committee of the Republic of Macedonia, which has been enlisted as an equal member of the International Association in Byzantine Studies (AIEB) since August 2016. The first national conference was under the auspice of the President of the Republic of Macedonia Mr. Gjorge Ivanov, and among the many guests were also the Metropolitan of Debar and Kichevo Mr. Timothy, the Abbot of the St. Naum of Ohrid Monastery, Archimandrite Nectarious, our Elder and Abbot, Archimandrite Parthenius, the Abbot of the Monastery in Slepche village, Mr. Seraphim as well as other representatives of the ecclesiastic, scientific and social community.  Because of the incapacity to attend the ceremony, the President of the International Association for Byzantine Studies, ph. D professor John Haldon, the former Vice-President, academician Johannes Coder, the Bulgarian President of the Association academician Basil Gewselev, who eagerly advocated that our Committee be enlisted in AIEB and the President of the Albanian Committee the ph. D professor Leda Mirai, sent their greeting letters. The first to address the attendants was the ph. D professor Srgjan Pirivatirich, the President of the Byzantine studies Committee of Serbia, who attended all the scientific presentations which lasted for two days

The ceremonious opening was enriched by the chanting of the Byzantine choir “St. Nectarious of Bitola” from Bitola, led by the Protopsaltis Igor Gulevski.

The conference offered the opportunity to share several objective scientific research projects and discoveries in the field of medieval history, theology, art history, archeology, literature, Eastern – ecclesiastic chanting. With the blessing of our Elder, Archimandrite Parthenius, two of our brothers, the hieromonk Fr. Cyril and the hierodeacon Fr. Anatolius took part in the third scientific session of the conference dedicated to ecclesiastic-historical themes and under the auspice of our esteemed Bible study expert the protodeacon and ph. D professor, Mr. Ratomir Grozdanoski. The presentation of Fr. Cyril was dedicated to the personality of the first Archbishop of Ohrid and founder of the Bigorski Monastery, St. John of Debar, and Fr. Anatolius gave a historical presentation of the Archbishopric of Justiniana Prima and its fictive connection to the Ohrid Archbishopric. The two scientific papers were accepted with great interest by the scientific public, due to the fact that they presented new discoveries and knowledge regarding the respective themes. These presentations will be released in a collective work which is to be published on the occasion of this scientific gathering in Ohrid.

To our great joy, the foreign conference participants and guests visited the Bigorski Monastery this Saturday, accompanied by a part of the Byzantine and Medieval studies Committee leadership, including the President himself, Mr. Tony Philipovski. The respected guests had the opportunity to get acquainted with the appearance of the monastery complex, venerate the relics and learn about the mission of the Monastery.  Their pleasure was so intense because, according to their own words, for them this conference ended with a kind of pilgrimage to a great sanctuary.

We wish the Byzantine and Medieval studies Committee more future successful conferences and great contribution to the process of revealing the historical truth. 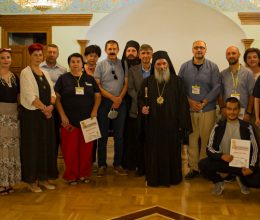 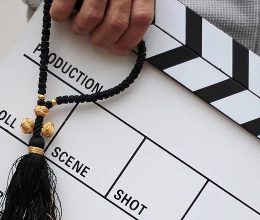 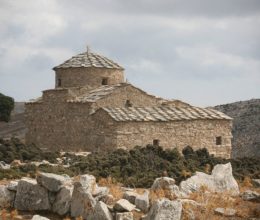 Byzantine Monuments To Be Protected by New Global Charter 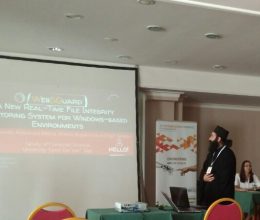