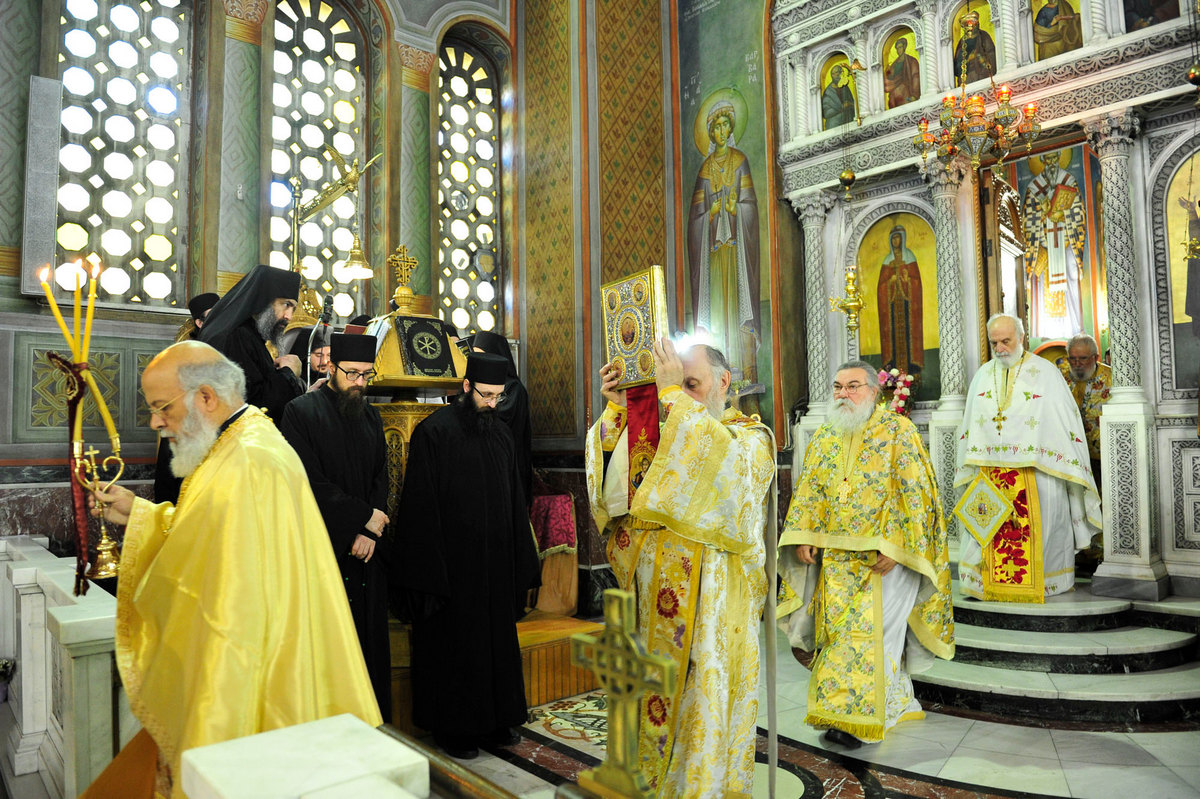 The Catholic Church of Athens dedicated to the Holy Annunciation of the Most Holy Mother of God, a monumental temple of the Orthodox Church in Greece, a place of many sacred services, important events and anniversaries, last night was the witness of another unique and historic event. Namely, at the invitation of the Ministry of Culture and Sports of the Republic of Greece and the Association of psalts from Attica “St. Roman Glykophonos and John of Damascus “, and with the blessing of the Archbishop of Athens and all of Greece, Mr. Ieronimus, the byzantine choir of the Holy Bigorski Monastery, took part in the First International Festival of Byzantine Music in Athens. This is the first time that a choir from our Church participaterd in an event of this kind in Greece, so it is a big step in bringing the two Orthodox nations closer.

The motto of this festival is: “The unity of Art in memory of the common Faith and the identical Past“.

The main organizer of the event, the President of the Association of psalts in Attica, the respected Mr. Elias Rediadis Tumbas, who had already participated the Bigorski services on two occasions, in his welcoming address, paid special attention to the visit of our brotherhood, headed by the Elder, Bishop Mr. Parthenius:

“We welcome two choirs, including the choir of the monastic brotherhood of Bigorski and their Abbot, a friend of the Greek people, the honorable Bishop of Antania, Parthenius, who in 2018 was declared an honorary citizen of Europe by the European Parliament, for his multifaceted pastoral, humanitarian and educational work in the neighboring country, North Macedonia.“

The concert was attended by representatives of the central and local government in Athens, priests of the Orthodox Church in Greece, dozens of protopsalts and prominent church choirs and teachers from all over Greece and Constantinople, and numerous believers and lovers of Eastern Orthodox singing.

Also, the High Representative of the Greek Government, Mr. Ioannis Chrysoulakis, Secretary General of the Ministry of Foreign Affairs addressed the present attenders.  He, on behalf of the Prime Minister Mr. Kyriakos Mitsotakis thanked our Elder for the participation of the Bigorski choir in the important festival, addressing him with the following words:

“Your Eminence Mr. Parthenius, Abbot of the Holy Bigorski Monastery in North Macedonia… the unity of art in memory of the common faith and the past unites us all tonight: clergy and laity, choirs and faithful, all together tonight we will pray through the spectrum of Byzantine music, which brings only unity and joy in our souls. “

During the concert, honorary medals were awarded to a dozen famous protopsalts and teachers who made a special contribution to the preservation and development of the Eastern Orthodox chanting. On behalf of all of them, a speech of gratitude was given by the protopsalt of the Ecumenical Patriarchate of Constantinople, the legendary Mr. Demosthenes Paikopoulos.

Our choir, led by the protopsalt and hieromonk Anatoly, performed at the end of the planned program and with its impeccable performance won the admiration of the audience, and the long-lasting applause only confirmed that.

After the performance of the brothers, the closing speech was given by the representative of the Archbishop of Athens, Mr. Ieronimus, the Archpriest Thomas Synodinos, who is also the head of the Church of the Annunciation where the event took place. Visibly delighted by the singing of the Bigorski monks and psalts, he did not hide his joy from the reunion with our Elder:

“Your Eminence Mr. Parthenius, I feel special joy to see you again in Athens after many years. I remember how many years ago you came with representatives of your Church, headed by His Eminence Metropolitan Nahum, to the then Archbishop Mr. Christodoul, [for a dialogue] concerning ecclesiastical issues and I am glad to see you again in good heallth, and from what I can see Abbot of a well-organized family, but also of this wonderful monastic choir, which truly reminded us of Mount Athos, as if it transferred to your homeland“.

A special printed prospectus was prepared for yesterday’s concert, in which the largest place was dedicated to the Bigorski Choir. The text dedicated to it, among other things, reads:

“In 1995, the current Bishop of Antania Mr. Parthenius was given the position of an Abbot of the Holy Bigorski Monastery, carrying out at the same time the important work for the restoration of the monasticism and of the abandoned Monastery, after a breach of more than half a century. One of the first concerns of the new Abbot was the daily service schedule, fulfilling the order of the daily services, in accordance with the Mount Athos tipikon. “Consequently, byzantine chanting has become a daily concern of the monks, every morning and every evening.“

In addition, Mr. Elias Tubas and Fr. Thomas presented an award and an honorary medal to our Bishop Mr. Parthenius, for his merit regarding the revival of Eastern Orthodox (Byzantine) chanting in our country.

Finally, on behalf of our Elder and Abbot, Bishop Parthenius and his brotherhood in Christ, we want to thank them wholeheartedly: above all, to our deeply respected Archbishop Mr. Stephen and our beloved Metropolitan Mr. Timothy for their fatherly blessing to participate in this festival; then to the Greek state and the Church for the opportunity and honor to perform at this very dignified event, which once again showed their Orthodox ethics and readiness to promote universal Christian values. After all, the care and love for the spiritual enlightenment and the sacred-apostolic work of the Greek people are well known throughout the Orthodox world. Special thanks to the esteemed Archbishop of Athens Mr. Ieronimus for the blessing given; to the organizer, our dear friend Mr. Elias Rediadis Tumbas, for his sacrificial and proven love; to the respected Mr. Ioannis Chrysoulakis, who as a representative of the Greek state government showed great respect and honor to us and to Father Thomas Synodinos, who proved to be a real and hospitable host.

May God remember your good deed! 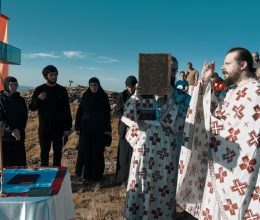 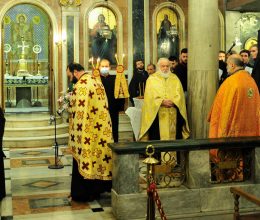 Vespers at the church of the Life-giving Spring in Athens 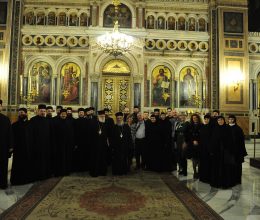 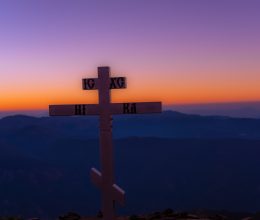 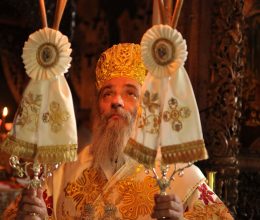