As a Bearer of Life, even more wonderful than Heaven and brighter than any royal palace, Thy Tomb Christ – the source of our salvation has been revealed to us.

To be able to stand at the place where the purest Body of the uncontainable God laid, in the small narrow which managed to contain the One Who created the Universe, is a deed of only the endless Divine mercy. The Most Holy and Life-bearing Tomb of Christ our Lord. This narrow space, where a man should lean down in order to enter it and reduce his pride if he wants to feel its grace in his heart, is a spring of amazing and incredibly powerful energy which strengthens faith, revives hope and enhances love. It is a lighthouse which spreads to the whole eternity the life-giving rays of Christ’s victory. It is a blazing torch which brings joy and warms the heart, brings comfort, enlightens, and conveys a feeling of unearthly peace. 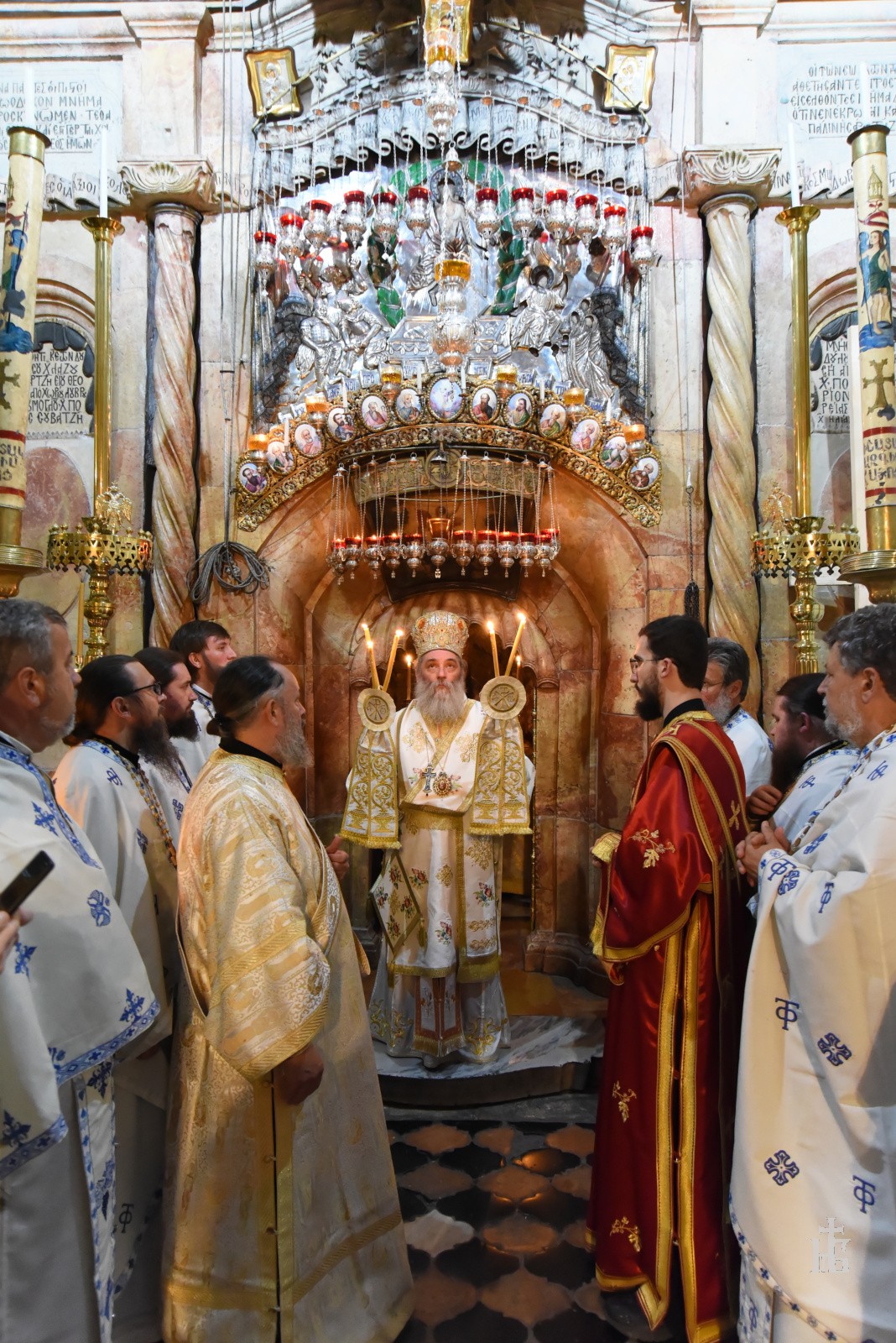 The Most Holy Tomb of God, through which we recollect the glorious death of Christ, reveals, in fact, the incapacity of death over the God-Man Christ. In the entirety of His human nature, God was mortal. And He truly died. But death couldn’t contain Him. Because it was not possible that he should be holden of it. (Acts 2,24) The very descending of Christ into the realm of Hades, the kingdom of death turned to be a triumph of life. The Life Itself was confined in a Tomb, but the Life blazed forth from the Tomb.

When, however, the Mystery of the Last Supper is celebrated in this holiest of places, in the Tomb of Christ’s repose, where “the Only Son of God reposed from His deeds”, and rose after three days; when on the altar where the Body of Christ has lied, the eucharistic gifts of Christ’s Body and Blood are offered, then the words stop working and only the silence of the inner depth contemplates inexplicably the great mystery of our salvation. “Let all creation abide in silence and let it stand in awe and affection, and let it not contemplate anything of this world…” Nobody speaks better now than Christ Himself with His silence and if we can fathom this silent presence of God, we would be given the privilege to recognize His victory which has already been achieved.

This blaze of Life’s victory over death enlightened our souls at the last night’s Paschal vigil and the Liturgy in the Most Holy and Life-giving Tomb of our Lord, in the glorious church of the Resurrection, which by the blessing of His Beatitude, the Jerusalem Patriarch Theophilus, of our Blessed Archbishop Stephen and our beloved and Most Revered Metropolitan Timothy, of course, was co-celebrated by our most beloved Elder, the Bishop of Antania Parthenius. He celebrated together with the Archbishop of Hierapolis Isidoros – Abbot of the Fraternity of the Holy Tomb, who headed the Divine Service, the Metropolitan Seraphim of Nevrokop from the Orthodox Church of Bulgaria, and the Bishop Metrophanes of Serdop from the Orthodox Church of Russia.

Can words ever express the inconceivable mercy bestowed by God upon our holiest Ohrid Archbishopric, to such extent that after so many centuries it was honoured to have its Bishop step in and celebrate in the Tomb from which Resurrection and the redemption of the world appeared! It was truly a glorious resurrection for all the offspring of St. Clément’s dignity, because the prayer of our Elder before the door which opened eternity to us, was exactly that: blessing, enlightenment, spiritual and physical health, Christ’s peace and joy for the children of our Church, as well as “reunion of all the Divine Churches” according to our Saviour’s prayer that they all may be one (John 17,21).

Besides the Holy Bishops gathered around the Sacred Kuvukli, there were also many priests from several Local Orthodox Churches, among which our brothers – Archimandrite Dositheus and Hieromonk Cyril, assisted by the canonarch Fr. Averkios, while Hieromonk Anatolios with his angelic voice and vast knowledge of Eastern Orthodox chant, joined the chanting of the psalter and thus enriched the festive grace of the Divine Service. Thousands of faithful from all around the world who overfilled the Church of the Resurrection took part in the prayers of the Divine Liturgy, partaking also in the communion with the Mysterious Gifts of the Holy Chalice. To our great joy, among them, there were even faithful from our country, who arrived especially so that they could participate in this exceptional and historical event. Thus, the Life-giving Tomb of our Saviour on this paschal night, as always before in the past, proved once again to be a unifying centre of all nations in Christ’s love because praises of God in many different languages were heard this night from this very place. This was undoubtedly another historical Pan-Orthodox festivity, which due to the grace and the love it emanated, resembled the real Paschal celebration. 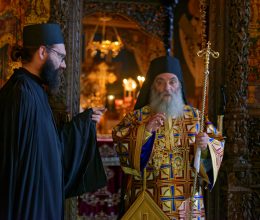 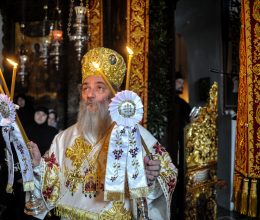 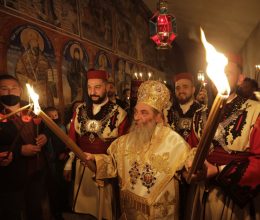 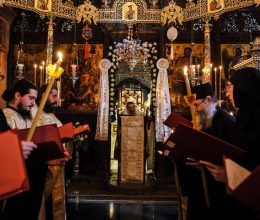